I've installed the HxC Rev F into my Roland JW-50 (a workstation keyboard from 1992) but am out of ideas of how to make it work. I hope others have some ideas. I suspect the drive is connected correctly, but that the files on the SD card are something the keyboard can't recognise.

Information on the keyboard is quite scarce, perhaps because it was not a popular model. The encoding format on the disks is a total mystery. I have got a response from a Roland Support Agent, but he could not offer any specs on the formatting (except that it was not something Windows can read natively, something that's obvious when you put a disk into a PC). This is not a keyboard that stores samples on the disks, it saves sound bank settings and midi sequences.

The drive was fairly simple to swap out with the emulator (although it does stick out a little further making the JW-50 case hard to close all the way...I may have to drill some new holes in the HxC case so I can move it up a few cm). The jumper on the original drive was set to DS0, so I assume the DIP switch on HxC set to ID0A is OK. I'm pretty sure the ribbon cable is right way.

When I turn the unit on I can navigate the files and the right-hand light is flashing (is that good? I don't know what the LED lights mean! We could really use a manual for the Rev F).

I press 'Load' on the JW-50 Disk Menu and it asks to insert a disk.

I press the middle button on the HxC to load a virtual disk, and then both LEDs are lit (with the right one flashing), and when I press 'Load' again on the JW-50 I get the error 'Cannot Execute'. This is the same error one gets if you try this on an IBM formatted disk out of the package (you need to format the disk with the JW-50 first).

I've tried OmniFlop and the HxC software to convert my older floppies, but no format I've tried seems to work. All I know is that the drive takes 2SDD disks (which is confirmed in the manual).

So I made a blank IBM disk image in the HxC software and tried to format it. 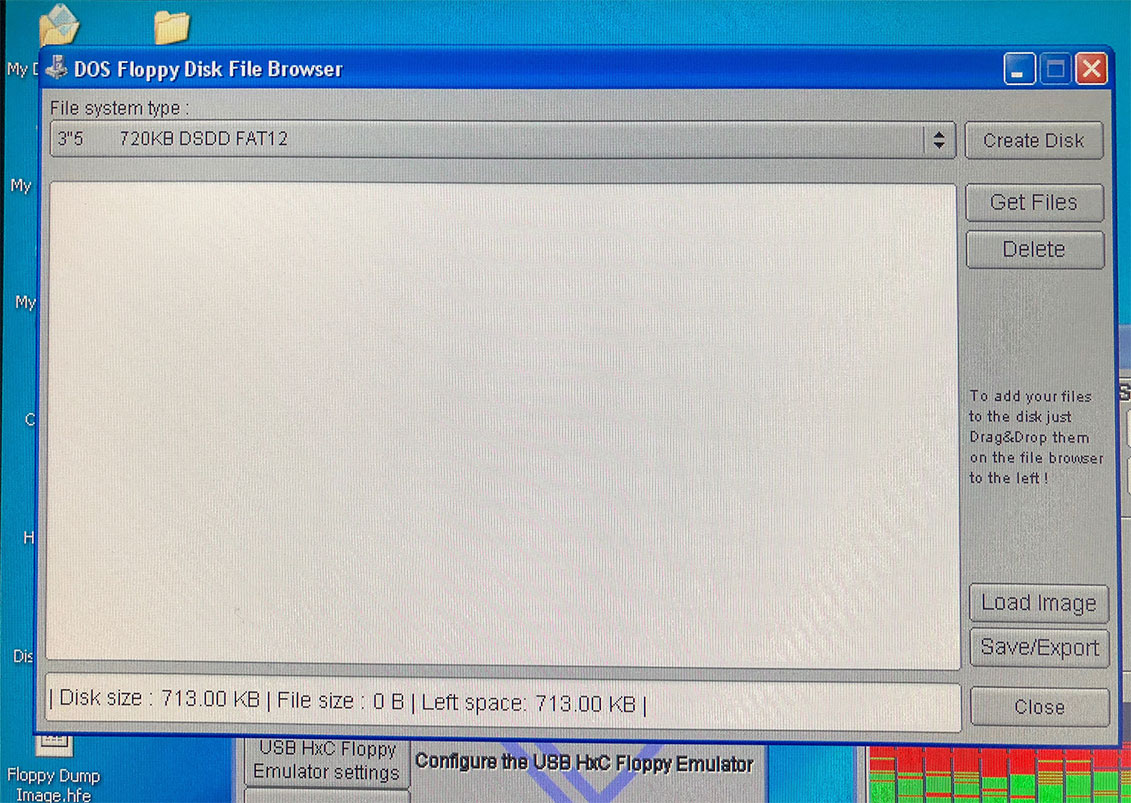 It seemed to be partially successful, as the keyboard started the formatting process, albeit it ended much quicker than usual.

Then when I tried to save a song to the disk I got the error 'Improper Disk', which tells me the formatting didn't work.

Jeff, can you confirm this is connected correctly? Anyone have any ideas of what to try next?
Top

Thanks for your help, Jeff.

Turns out I did connect the drive up correctly, but I had computer problems copying my old floppies and I wasn't sure how to re-format them to something the JW-50 could understand, nor what format to create new disks in. I finally got the answers and got it up and running.

But I also had to get the drive to fit in the synth. The HxC is slightly larger than the original drive, and so stuck out the bottom of the case. 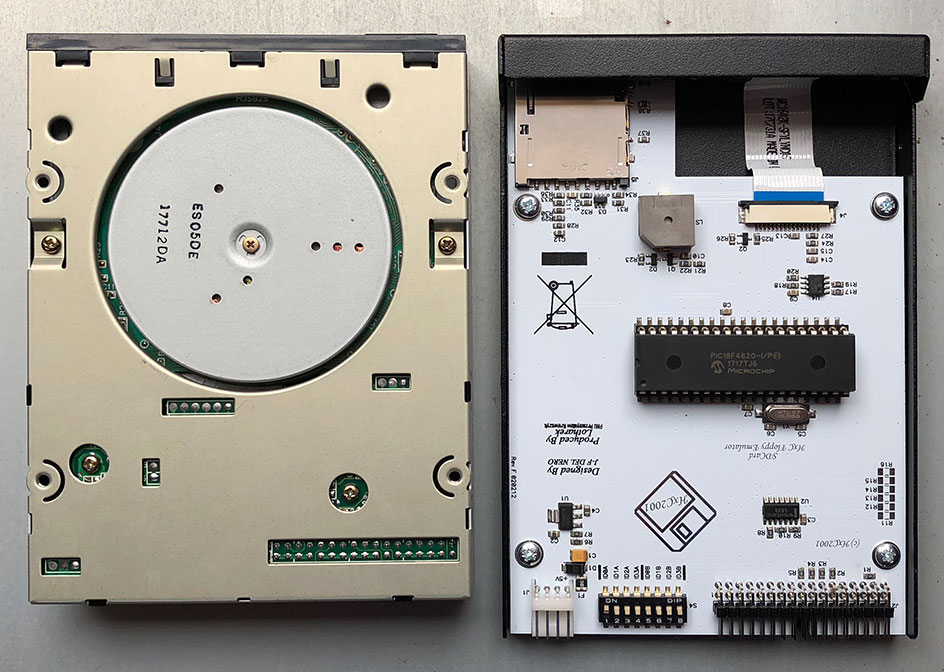 So I removed the circuit board from the metal case on the HxC drive and prepared to drill 4 new bracket holes about 1 cm back.

I didn't have the tools to create precisely machined holes for the bolts, but I was able to fasten the brackets using small nuts. 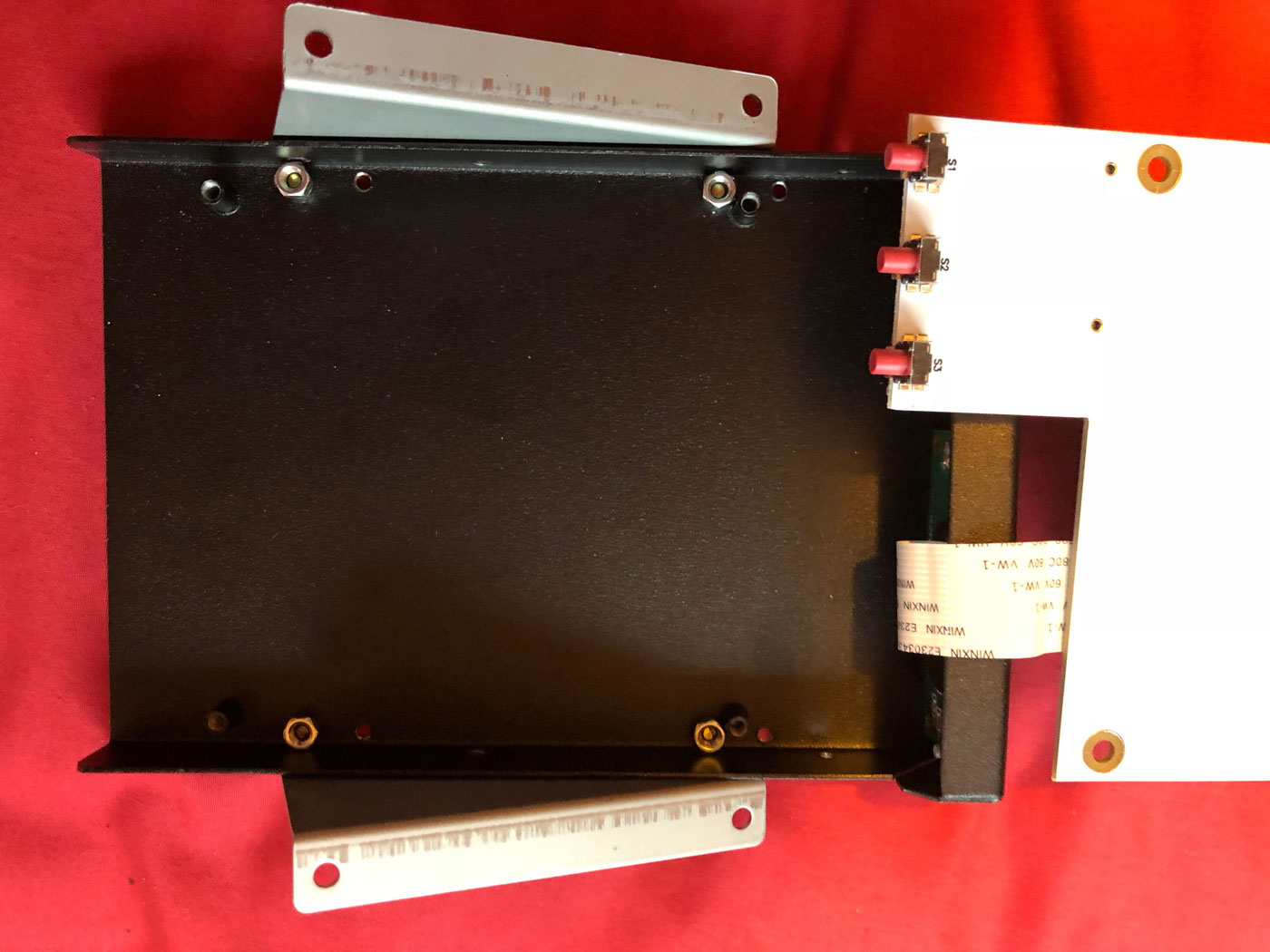 Once back on the keyboard the drive fit and I was able to close the case entirely. 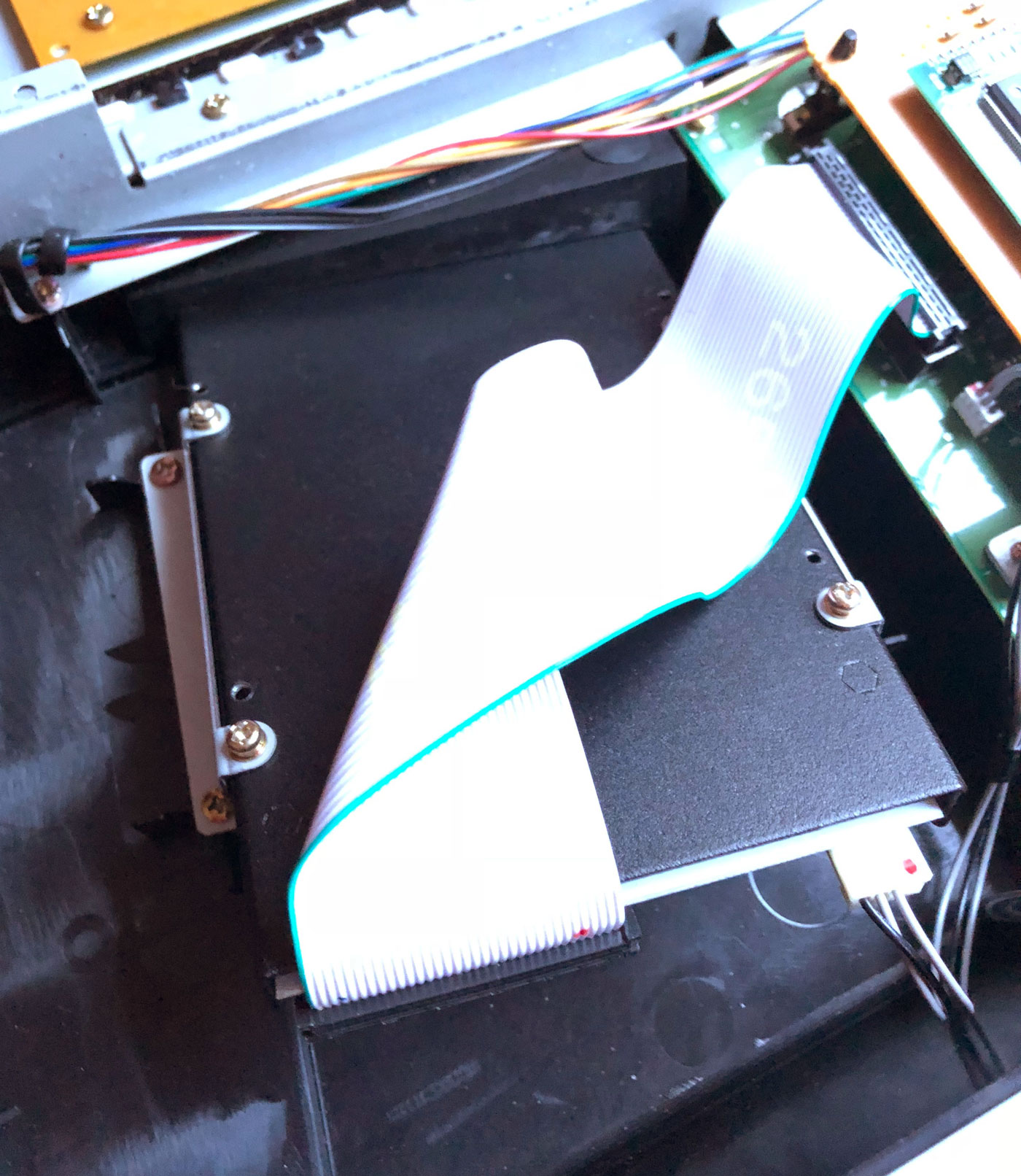 Ok, that worked well, but I was still having a hell of a time copying my old floppies, so Jeff suggested I try the program WinImage.

While I was attempting to make copies my computer had a meltdown and I could not get it to boot anymore, and had to go for the nuclear option and reset the motherboard to factory settings. Mysteriously, the floppy drive's performance improved. Previously it was taking 2 hours to create floppy disk images which were invariably corrupt, but now WinImage copied a floppy in 30 seconds. I was able to finally get good disk images in IMA format. Note the JW-50 doesn't use standard MIDI files, but a Roland proprietary format. 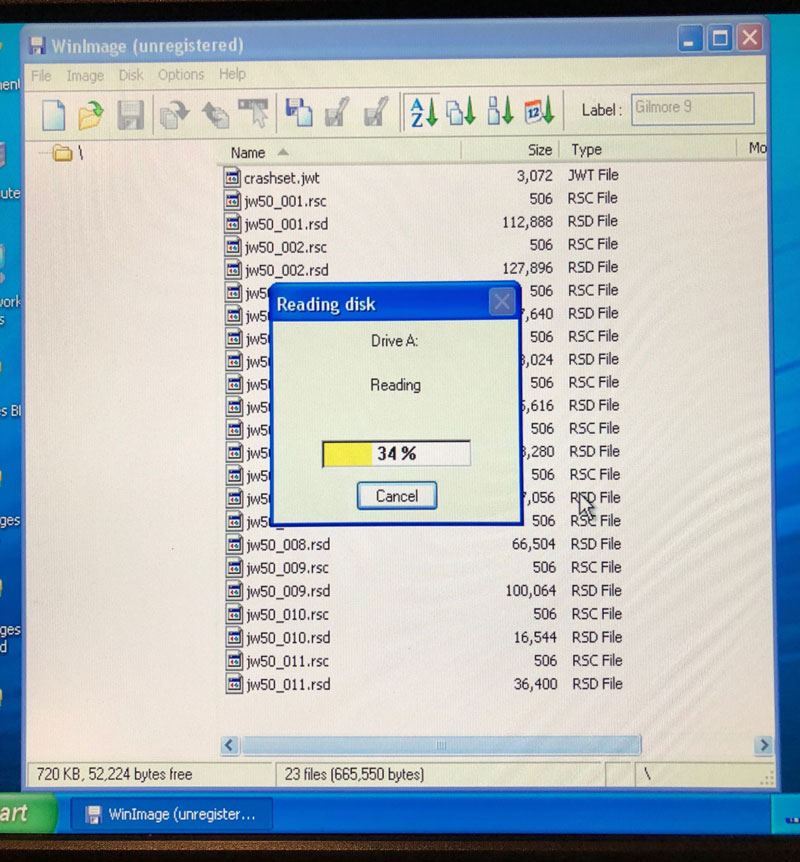 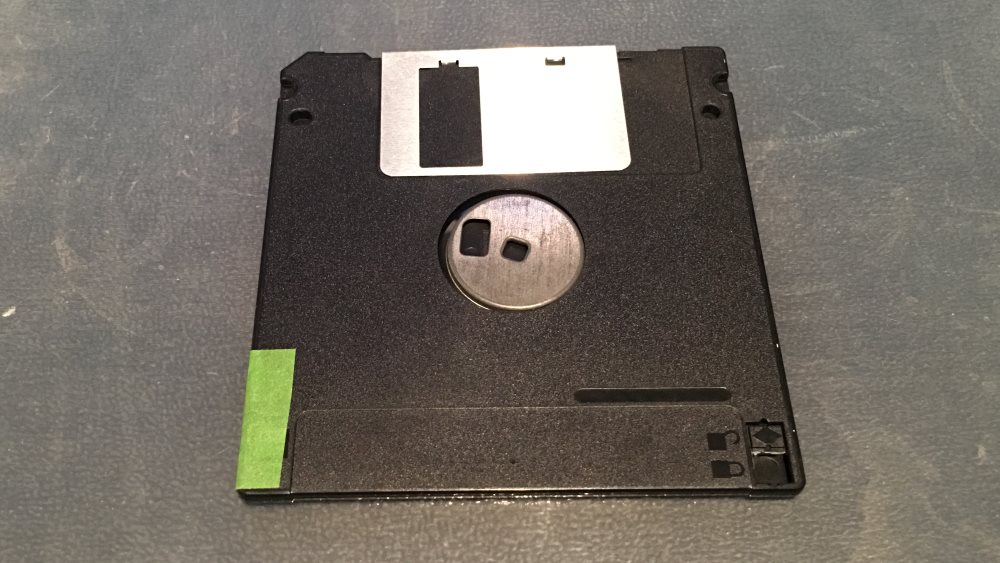 Then I had to convert my IMA files to HFE files using the HxC software. I was doing this wrong for ages and getting errors on my synth, because I was using 'Load' instead of 'Load Raw Image'.

Only the latter does the conversion to another format. I think Jeff found the answer to my question about what formatting difference Roland was using to regular DOS 720KB disks, and that's the 'Skew' number of 3. I'm not exactly sure what that means...I assume something about how the data is spread over the disk in an attempt to make reading and writing faster. 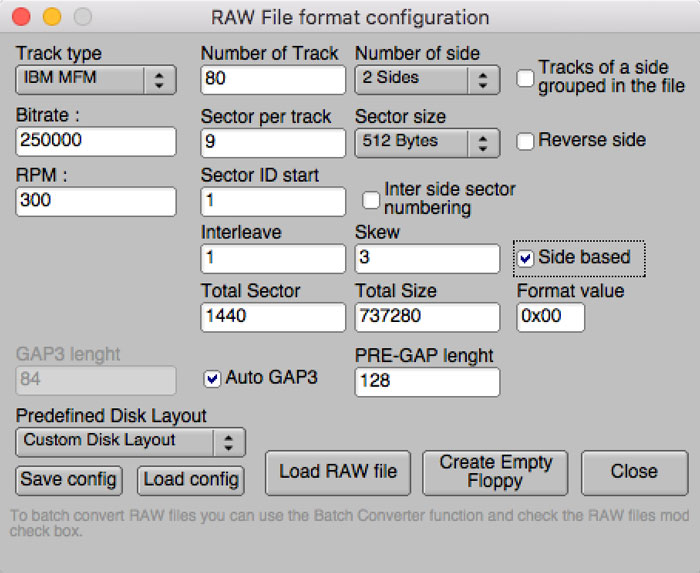 Jeff gave me an XML file to load the settings, but It looked like it matched the W30, W50, S330, and other Roland devices of the era and I could have used the preset.

The config file needed to be set to 'Shugart'. 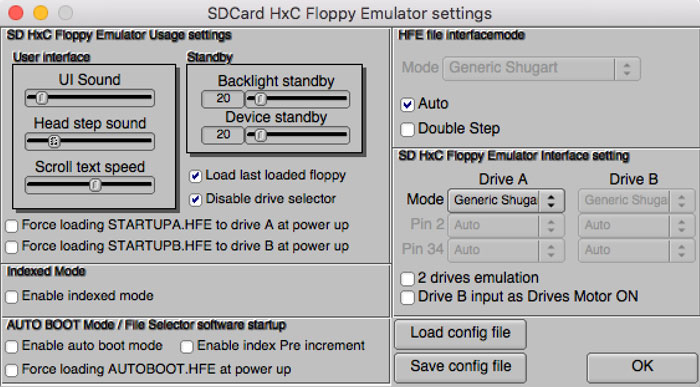 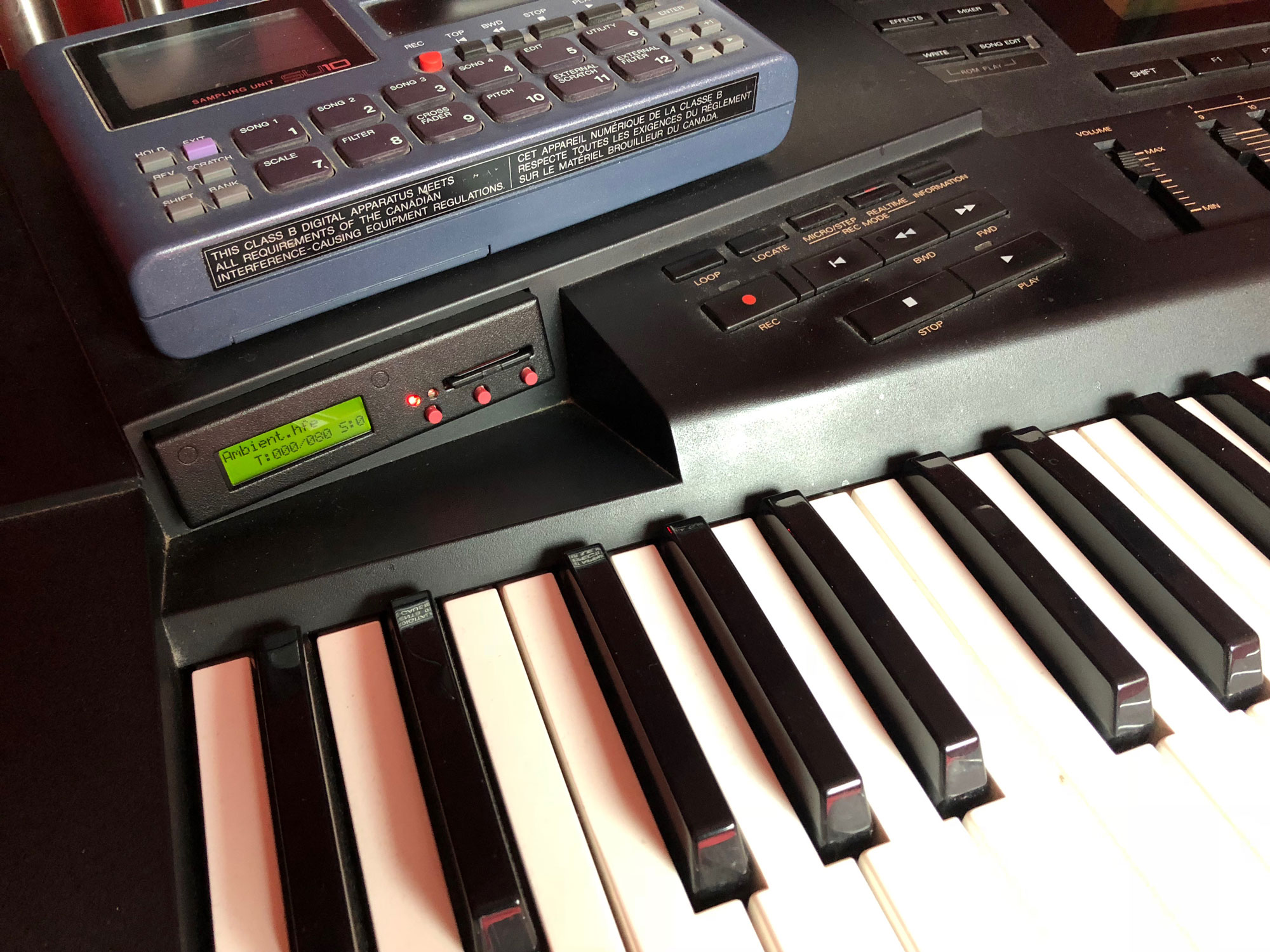 Oh, and one more thing. I thought my device was malfunctioning because my files weren't appearing in alphabetical order, but I discovered this was normal, as the device only displays files in the order that they were stored on the SD card. This is a common problem people have in car music players that read off of USB sticks. So I was able to find a handy drag & drop utility that sorts the files in alphabetical order called 'mp3DirSorter'.